Do you have a toxic brain?  Brain toxicity is very common and detoxing your brain could save your life. 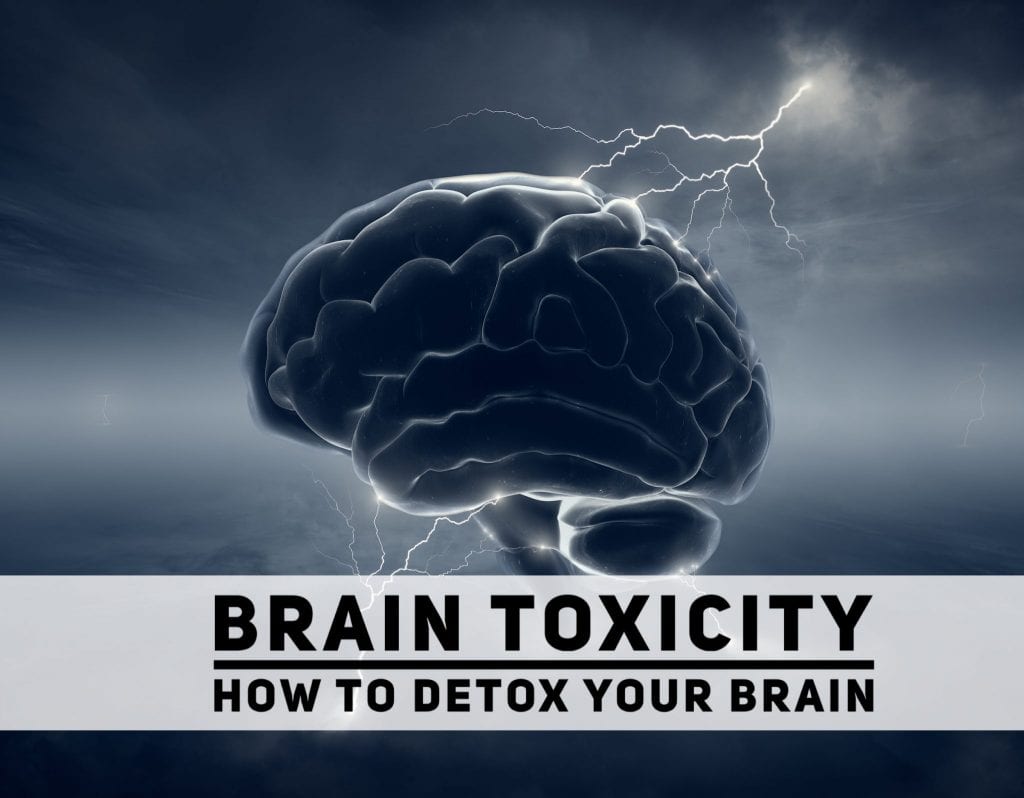 Our environment is more toxic today than ever before. The nervous system (especially the brain), is a principal target for toxicity. When the nervous system is compromised, a myriad of symptoms manifests that in many cases resembles dementia. Someone is not labeled with dementia until they are of an older age in most cases, but how many young adults or even children have signs and symptoms like brain fog, problem solving, memory, reasoning and mental performance? Though you may think to yourself that dementia is a problem of the elderly, it affects young adults and children just the same, but in a lesser manner.

Neurodegenerative conditions are on the rise in our toxic world. According to the World Health Organization 50 million people suffer from dementia with nearly 10 million new cases every year.

My story of brain toxicity and neuroinflammation

Many people ask me why I went down this path of focusing on cellular detoxification and cellular healing. It started with brain toxicity back when I was a graduate student. When I started my graduate program and the work load increased tenfold, I found myself really struggling. I could study for hours, ten times harder then everyone else only to show up to the test as a blank slate.

If you suffer like I did then you know what brain fog, lack of memory and frustration is all about.

I remember showing up for a test that I studied relentlessly for only to not remember a thing. At that point I made the decision to either find solutions or walk away from my schooling. I found answers and solutions that led me down the path of brain toxicity which ultimately changed my life, but most people would have given up, got held back in school, been put in the special education room, taken mind altering medications with dangerous side effects, lost their job, given up on their dreams, destroyed their relationships through anger and frustration… the list goes on. The most frustrating part of all of this is that they would have been told they didn’t try all while they were working their hardest.

I did some toxicity testing and sure enough found that I had mercury and lead toxicity in my body. I started detoxing the brain, reducing inflammation, and started seeing incredible results after just a couple weeks. It’s hard to even explain what its likes going from a brain that remembers nothing to a super brain. It’s literally incredible.

With industrialization, our exposure to environmental toxins is over 100 times higher than that of our ancestors. This puts children at risk more than ever before.

As I mentioned above the brain and nervous system is the number one target for metals. Inorganic compounds of aluminum, arsenic, lead, lithium, manganese, mercury, and thallium are well known for their neurological and behavioral effects in humans. We can link mercury exposure all the way back to the time when people were getting mad hatters disease. That was back then and now today many people have mercury right in their own mouth being used as fillers for cavities.

Some metal alkyl derivatives make them much more neurotoxic than others. Lead, mercury, and tin have spiked particular interests as they are identified as being within the class of more dangerous metals that are responsible for the outbreaks of poisoning and especially brain toxicity.

Methylmercury produces focal damage to specific areas in the adult brain, whereas the developing brain is much more susceptible to damage. It is thought that certain cells are susceptible because they lose the ability to repair the damage done to the protein synthesis mechanism. The other major devastation that takes place is the destruction of the microtubules which lead to the inhibition of cell division and cell migration that occur in the developing brain.

Another major toxifier of the brain that I see on the regular is lead poisoning. Lead is known to be a potent inhibitor of heme synthesis. This causes a reduction in energy metabolism that can affect the brain’s neurotransmitters like gamma-ammino-isobutyric acid (GABA). This also changes the GABA neurotransmitter systems that help turn the brain off so that one can relax and be peaceful. As the research continues, there is evidence that lead interferes with the binding of calcium ions and membrane transport, causing brain toxicity.

Though heavy metals are a major issue ,in most cases they are not the only chemical responsible for poisoning the body and brain. Here are the top ten U.S. Government priority list of hazardous substances:

These chemicals should be avoided at all costs in order to maintain health and wellbeing and therefore avoiding brain toxicity.

The nervous system is head of operations when it comes to all bodily function. When the nervous system is compromised a myriad of health conditions can present. This is why you can link so many conditions of unknown origin back to a toxic exposure to the body. Some common issues that arise with brain toxicity are: 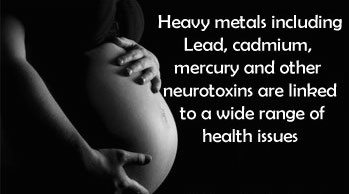 We receive questions every day in the realm of toxicity and especially brain toxicity. Though toxic exposures can occur in many ways, most people can relate the on setting of their symptoms to when they had dental work done, pollutant exposure, or a vaccination. Unfortunately, toxicity can even be handed down from your parents due to the mobilization of calcium storage in the bones increasing during pregnancy unleashing decades of stored toxins into the blood stream.

Toxicity, inflammation and the brain

Neuroinflammation from environmental pollutants leads to both immediate and long-term complications. The complications involved in the short term are an immediate hindrance of the transmission speed and conductivity of neurons. As this causes the neurons to fire slowly, brain function slows down creating symptoms of brain fog, slower reflexes, slower mental speed and recovery of information. Just some of the symptoms of brain toxicity.

Another immediate problem derived from neural inflammation in the brain is that energy production is shut down and the brain endurance plummets. This is why you or someone you know can only hold focus for very short periods of time.

Now the long-term consequence of neuroinflammation is the death of neurons leading to neurodegenerative disorders such as dementia. This neuroinflammation rooted in environmental pollutants (such as heavy metals) is a direct result of the microglia cells within the brain becoming in a heightened state of activation. Though microglial cells are there to keep your brain healthy, when in this chronic heightened state they create an overzealous inflammatory response causing the brain inflammation. Once this state is activated it can be slowed down but will always remain on high alert.

Most people have heard of leaky gut but not leaky brain. Just like the gut has a barrier to protect the body from harmful exposures, the brain has a woven mesh like structure that surrounds it and is made of astroglia cells. As a result of brain inflammation, the blood brain barrier, that in a healthy state only allows nano sized particles across, becomes compromised. From here, we have a negative feedback loop where the inflammation causes a compromised barrier, and the compromised barrier further drives inflammation. Leaky brain can cause severe issues with detoxification if not identified prior to the chelation of toxins and heavy metals.

Heavy metal chelation can be dangerous to the brain

Chelation can be dangerous if someone suffers from leaky brain. During the chelation process heavy metals are pulled from the deep tissue and become free floating in the blood stream. In the case of a compromised blood brain barrier, the chelated toxins will move from the blood stream to the brain. This sets the inflammation into a rampage and accelerates brain degeneration, increasing the likelihood of a disease such as dementia.

A well-trained doctor will test for leaky brain before not only cellular detoxification but also chelation of heavy metals to make sure that the detoxification process will not make matters worse.

If you haven’t heard me say this before, then I’ll say it again. Glutathione is the body’s most powerful antioxidant and it is critical for a healthy defense system. Glutathione is the armed guard whose job it is to take the bullet in order to protect you. In the case of poor diet, chronic stress of any kind, and excess exposure to pollutants, glutathione becomes depleted. Without glutathione in the cell, it will die and with levels of glutathione being low, a destructive inflammatory process is triggered.

When glutathione levels are restored, it protects the body from toxicity, free radical damage and ramped inflammation. Restoring glutathione levels is a must for longevity and vitality. Supplements certainly are critical for replenishing glutathione levels but lifestyle is important as well. Reducing stress, sugar intake, and eating a high quality diet as outline in the Heal Yourself Diet is an absolute must.

Where to go from here…

Reducing your neurotoxic load can take years in some cases. Healing takes time and removing heavy metals and toxins from the deep tissues of your body does too.

We specifically offer products that are designed to reverse all the topics we just discussed. This includes cellular detoxification systems, full body detox systems, brain detox systems and even heavy metal chelators. It is important to understand that everyone’s situation is different and it may not be in some individual’s best interest to take on the task of healing on his or her own.

At NuVision, we coach people through detoxification methods that are designed to reduce cellular inflammation, brain inflammation and systemically heal the body. After reading this article, you can see it takes strategy and science in order to get well and see results. Don’t ever hesitate to reach out in order to see if our products and services are right for you. At the very least, we can point you in the right direction to find the help you need. 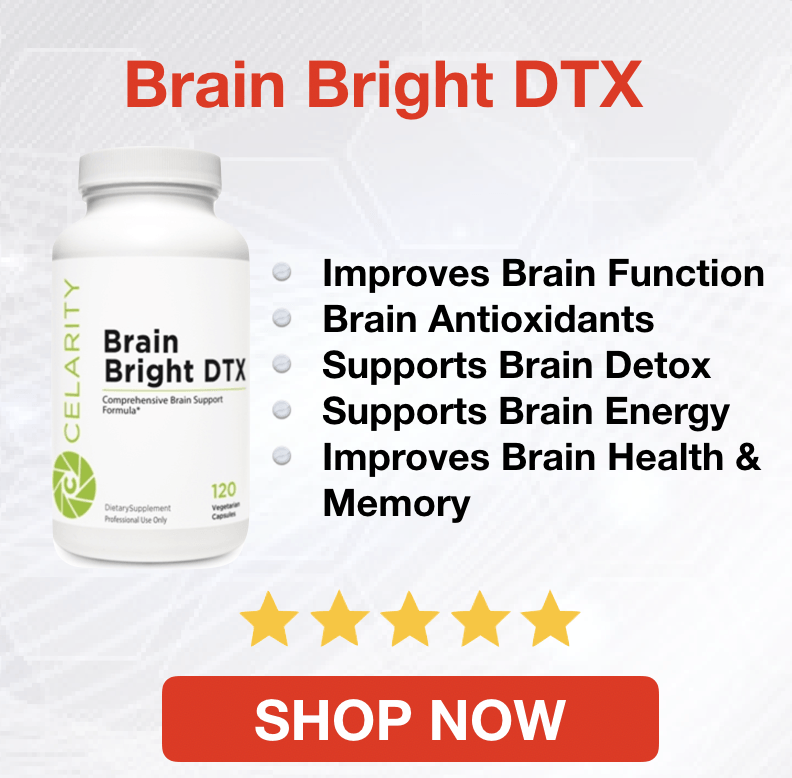