Wondering how to stop cavities and whiten teeth?

Sometimes staying current with the latest trends in health and wellness is difficult. Then once you find out about the trends, you need to do research to determine what statements are true and what statements are false. I’ll admit, I had some doubts about this topic. However, I’m happy to report that oil pulling is very beneficial for dental and overall health. In this article, we will discuss what oil pulling is, the benefits of it, and how to do it. By the end of this article, you’ll be running to the store to buy oil so you can start right away.

We will begin by discussing what oil pulling is and why you should do it.

What is Oil Pulling and Why Do it?

What exactly is oil pulling? Basically it involves swishing 1-2 teaspoons of oil in your mouth on an empty stomach. You should do this for approximately 20 minutes.

Where did oil pulling derive from? Oil pulling is a holistic system of medicine that was formed roughly 3,000 to 5,000 years ago. (1) At that time, oil pulling was done with sunflower and sesame oils. This procedure was used to prevent bleeding gums, tooth decay, dry mouth, and cracked lips. It was also used for strengthening teeth. In addition, it is beneficial for the gums and the jaw.

Gingivitis is the first stage of gum disease. It is commonly caused by a buildup of plaque. This is also a major concern because 60% of 15-year-olds have gingivitis. (1) Gingivitis treatment can be expensive as well. By removing plaque and exercising good dental hygiene, your gums will return to their healthy state. However, sometimes gingivitis progresses to more serious gum disease. This can cause gums to swell, turn red, and bleed. Dentists determine how to treat it by how damaged your gums are.

Now we will discuss the benefits of oil pulling.

There are many oral health benefits to oil pulling. Here is a small list:

Did you know that 50% of the population has bad breath? There are a few contributing factors to bad breath.  It can be caused by poor gut health, bad oral hygiene, infection, bacteria on areas around the mouth, or bacteria on the tongue. (5) The most common ways to remove this bacteria are by brushing or using an antiseptic mouthwash. (6) However, studies have shown that oil pulling is actually just as effective at reducing bad breath as antiseptic mouthwash. (6) This is good news because oil pulling may be used as a natural alternative to reduce bad breath and it could work as well as other treatments!

Cavities are pretty common in our population. They occur when you develop holes in your teeth from tooth decay. There are a few issues that lead to tooth decay. The most common are:

Eating sugar is a major cause of tooth decay. However, it also depends on how much sugar you eat, when you eat it, and how you eat it. This information can be very important on how to keep your teeth healthy.  If you are frequently eating sugary foods or drink sodas throughout the day, your tooth enamel is being constantly exposed to acids. The most harmful are items that contain sugar but dissolve slowly in your mouth. For example, hard candies, cough drops, and breath mints.  Some experts recommend that you take a 4-hour break in between eating sugary food.  When you eat sugary or starchy foods with a meal, they tend to be less harmful to your teeth. This is because of the saliva that is produced. The saliva washes away the sugar and bacteria. The most damaging time to eat sugary foods is right before bedtime. This is because you don’t produce as much saliva as you sleep. We suggest the following for those people who would like to cut out sugar from their diet.

Plaque, the coating on teeth, will cause cavities as well.  Plaque is composed of bacteria, saliva, and food particles. The bacteria begins to break down the food particles. This forms an acid that kills tooth enamel and causes tooth decay. (7) Many studies have found that oil pulling can reduce the number of bacteria in the mouth. Decreasing the number of bacteria through oil pulling helps to prevent tooth decay and reduce the risk of cavities. You should also make sure to reduce sugar intake because sugar causes bacteria.

Gingivitis is gum disease. It is when you have red, swollen gums that bleed very easily. The bacteria that are found in plaque are a major cause of gingivitis. This is because bacteria can cause bleeding and inflammation in our gums. (8) Oil pulling benefits gum health and reduces gum inflammation. Oil pulling reduces the number of harmful bacteria and plaque that lead to gum disease. There are studies to back this information as well. One study had 60 participants oil pull with coconut oil for 30 days. They had improved their gum health in just 1 week! (9)

In addition to oral benefits, there are also many other advantages to oil pulling. Some of them are:

Oil pulling is easy to do and add to your routine. You can perform oil pulling at night or in the morning. It depends on what is best for your schedule. Just keep in mind, you will need about 20 minutes to complete it. You can use this time to take a shower, read a book, or do laundry. Now we will discuss how to perform the oil pull. 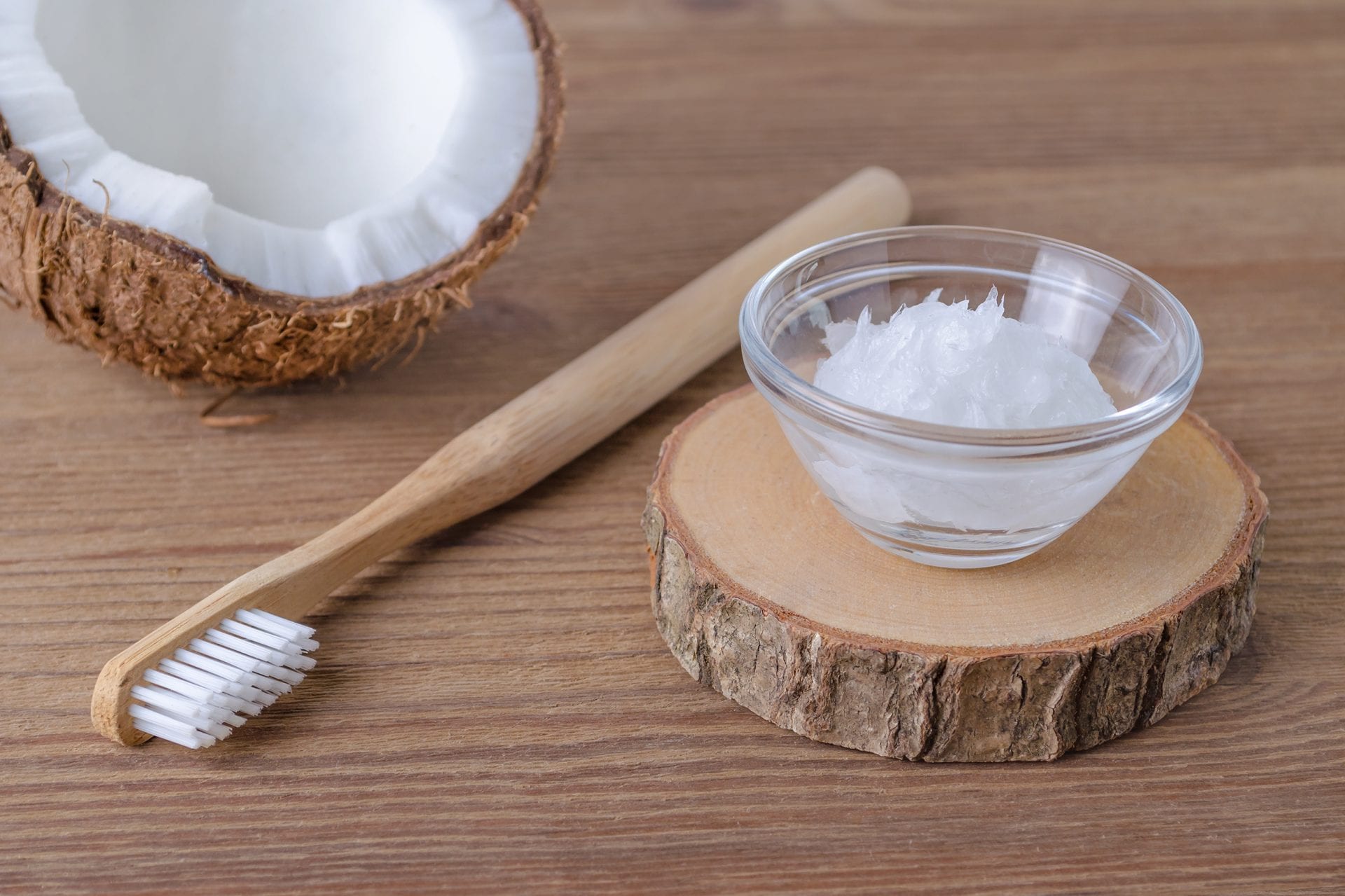 You can perform oil pulling very easily at home. Here are the steps to perform:

Try to perform oil pulling at least 3 times per week. If you choose to oil pull once a day, that is safe as well. Also, it is suggested that you will receive the most results if you perform oil pulling first thing in the morning. However, you can do it at whatever time works best for you to fit into your schedule. (10)

We have shown you evidence on studies that show oil pulling decreases harmful bacteria in your mouth and prevents plaque formation. It also helps to improve gum and oral health overall. It should be noted that oil pulling is meant to be something you do in addition to your regular brushing and flossing, it’s not supposed to replace it. However, when it’s used as a supplementary treatment, it’s safe and effective for improving oral health. There are several other overall health benefits of it as well.