[VIDEO] Signs That You’re In Ketosis

Signs That You’re In Ketosis is a video that answers the common questions people have on whether or not they are following the ketogenic diet properly. 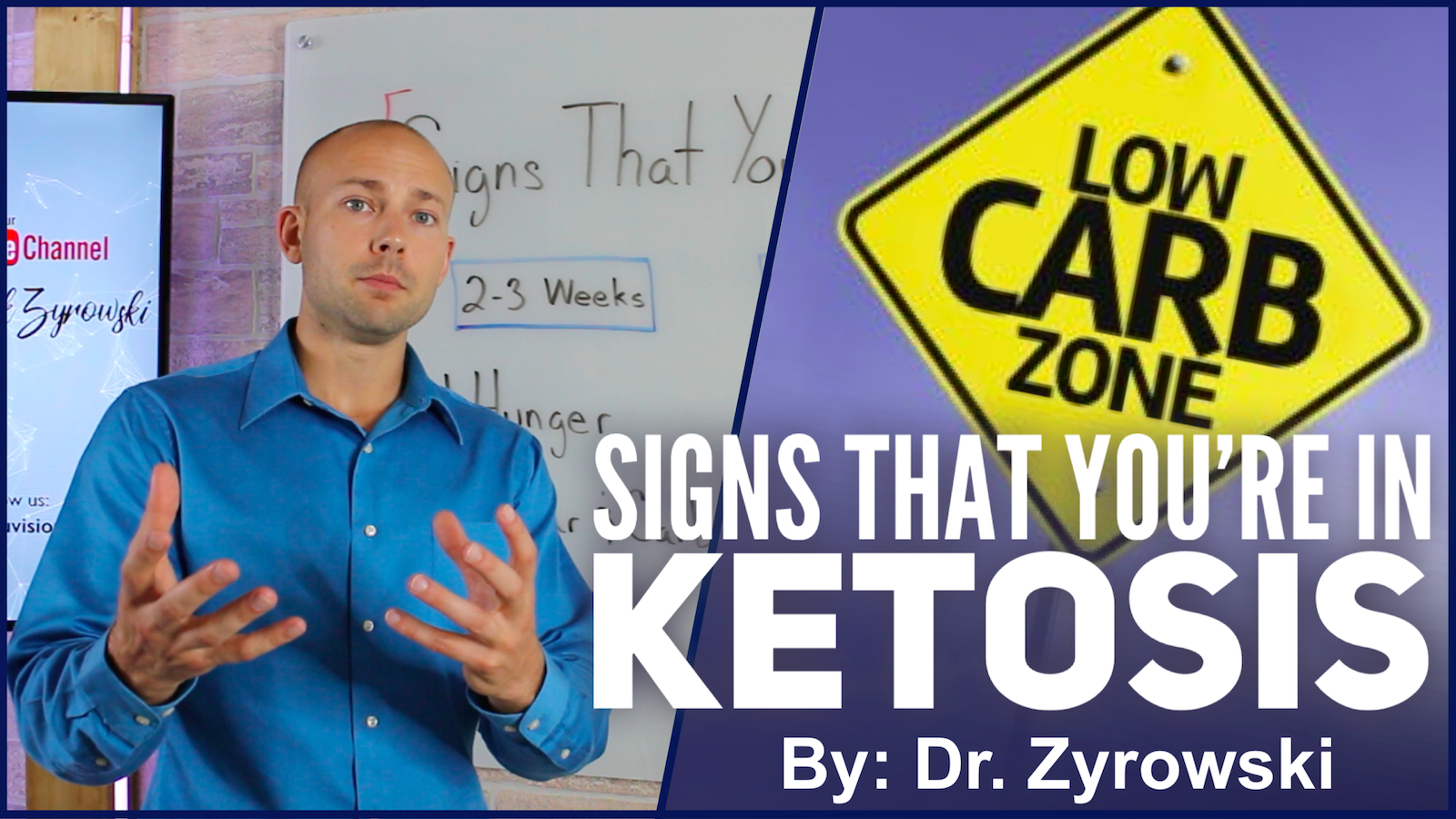 Most people who start following a ketogenic diet ask themselves constantly, am I in ketosis yet? If you’re starting to see signs of ketosis and you’ve been following the ketogeic diet for 2-3 weeks, then there is a good chance you are well on your way.

Utilizing meters to measure blood ketones and urine ketones strips are one of the keto tips I train on in this video. The Precision Xtra Ketone meter is the best form of measurement, whereas the the urine strips can still give you valuable data without breaking the bank.

Signs that you’re in ketosis start with more energy, decrease sugar and carb cravings, better focus, increase in fat loss, decrease constant hunger, and many more signs that are all described in the video.

Though the ketogenic diet is not for the faint of heart, low carb diets have many benefits that people truly love.

I provide definitive answers as to whether or not your approach to the ketogenic diet is working. If you are are not seeing these common signs that you’re in ketosis then you may want to circle back and evaluate your ketone diet plan in order to get on the right path and get the results you desire.

This information should be the bedrock when learning how to start the ketogenic diet, as it will tell you whether or not your body has fully shifted to a fat burning ketogenic state.

In this video I’m going to give you the signs that you’re in ketosis.

Hi I’m Dr. Zyrowski from NuVisionExcel.com. As always if you’re new to the channel it is such a pleasure to have you here. Be sure to subscribe, hit that little bell notification and join our notification community so that you can excel your health and your life.

In this video we’re talking about the signs that you’re in ketosis. This is something that a lot of people ask you know they’re saying I’m following a ketogenic diet and I’m eating keto foods. How do I know if I’m actually in ketosis? Let’s go ahead and jump right in.

First of all, you want to make sure that you’re on a ketogenic diet for an average of two to three weeks if you want to go into the state of ketosis and then the other thing, in order to really accurately measure whether you’re in ketosis or not – you can use a Precision Xtra meter which is actually going to measure your blood ketone levels and once you hit that .5 millables per decilitre and above then you are in ketosis. Now, optimal levels are 1.5 millables per decilitre. Now the other thing that you can use is urine test strips by Bayer pharmaceuticals. You can use those strips, they are not as specific or as accurate as the Precision Xtra meter, but they will give you a good understanding of whether or not you are in ketosis. You know when you start looking in some of the fine lines of am I at a .5 or 1.5 you’re not going to be able to measure it quite as well. But you know whether you are absolutely out of ketosis or in. It can help you get that knowledge and the reason that some people use and prefer the urine test strips is just because they’re much cheaper than buying the meter and the test strips that go along with it.

Let’s go ahead and look at some of the signs and symptoms that you are in ketosis. First of all, you’re going to have decrease hunger once you’re in that ketogenic state. So what that means is you’re not going to get headaches, or hangry, or anxious, or have a decrease in focus because you are not having your meal on time. You can actually even cruise right through that mealtime without a meal and still not get super hungry. So that’s one of the great benefits of ketosis. You’re not going to have those mid afternoon crashes because you’re not burning sugar for energy you’re burning fat for energy. And it’s a more sustainable more stable source of energy for the body. So you’re not going to get that hunger all the time.

Now the other thing is that you’re not going to have those sugar and carb cravings. You’re going to see a huge decrease in that. Once again, when your body is burning sugar for energy, what happens is every time your blood sugar gets low your body starts craving sugar and carbs simply because it’s trying to boost that back up to give you energy. So when you’re ketosis you’re not having those cravings.

You’re going to have an increased focus throughout the whole entire day, so you’re going to notice just you know overall your focus is so much more increased. But you’re not going to have the focus crashes more or less mid afternoon or after a meal you’re going to be able to just maintain that focus and that’s one of the really great things that a lot of people love about ketosis. Now here’s the other thing, is you’re gonna have increase in energy. You know I was talking about the blood sugar, once again you know when you’re having blood sugar instability and highs and lows throughout the day. Your energy will vary with that. When you’re burning fat for energy it’s just that nice sustainable energy all day long. And it gives you that high energy state from morning till night.

So these are the signs that you’re in ketosis if you want to learn more about ketosis and some of the top foods that you should eat on ketosis check out a video that I did on that. Other than that guys be sure to like this video, give it a thumbs up. If you have any questions about ketosis or getting into the ketogenic state, post it in the comments section below. Subscribe to my channel right here and then check out the other videos that I did on fasting and ketosis. I know you’re going to love them and then I’ll see you in the next video.