Do you know how to naturally avoid the flu? I want to start by saying that this article was incredibly hard for me to write. Simply because all the statistics presented by the CDC that I had originally compiled later turned out to be grossly manipulated or false according to actual science. I find that it is important to give factual data on this topic versus the popular hype data being shared by many health organizations. In this article we will talk heavily on the flu vaccine, its efficacy, and ways to naturally avoid the flu. 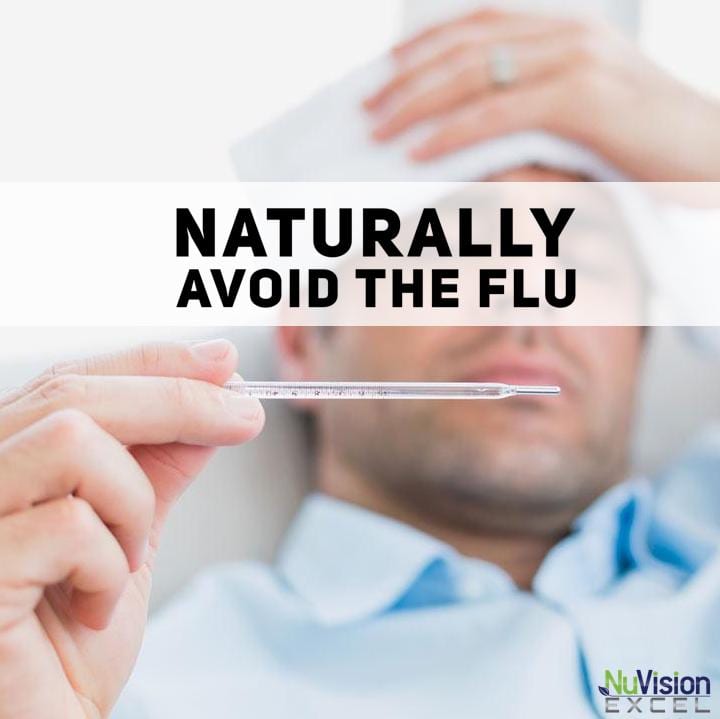 What is the Flu?

The H1N1 Virus is the flu virus and can lead to illness. The illness associated with the flu in 99.9% of cases include fever, nausea, vomiting and generalized fatigue. These symptoms have not changed in the last 50 years and still are considered not serious. Though uncomfortable, they are not serious in regards to severe complications or even death.

How many people die from the flu?

According to the CDC, up to 49,000 people die yearly from the flu. When these statistics are seen it drives a lot of fear in us because NOBODY wants to see a child or loved one die from something as simple as the flu. When it comes to making rational decisions for our health we need to base them on FACTS and not fear.

When we look at these huge death tolls from the flu it’s important to evaluate how many of these deaths are actually caused by the H1N1 alone and not associated with other serious illnesses. According to the Canadian Researcher James Chestnut:

“To assess the absolute risk of dying from H1N1 we need to divide the number of deaths in any given population by the number of people in that given population. In Canada as of Oct 17, 2009 there had been a total of 1,604 hospitalizations, and 83 deaths associated with H1N1. By the way by this time H1N1 was already being portrayed as a DEADLY PANDEMIC. So, out of a population of approximately 35 MILLION there were 83 deaths. This means your chance of dying of H1N1 up to this point was 83/35,000,000 which is one in 421,687. This means the chance of death from H1N1 was 0.0002%. To date these risks are similar in the United States and throughout the rest of the world. It is not easy to get exact numbers on the number of deaths that are caused by underlying conditions or secondary bacterial infections but estimates are that these would represent at least 99% of all deaths associated with H1N1. So, if you do not have an underlying illness your chance of dying from H1N1 is 1% of 0.0002%. Not exactly worthy of widespread panic.”

To give you an idea, 33,783 people die each year in car accidents. If the media and health authorities advertised on how dangerous it is to drive your car, you might be freaked out to ever drive again. The truth of the matter is, you have a much greater chance of dying in a car accident on your way to get the flu vaccine than you do from the flu itself.

When we look at the number of deaths associated with flu, they are grossly overestimated. As mentioned above the CDC tells us as many as 49,000 people die each year from the flu. The annual published death rates published by the CDC tell us that most deaths associated with the flu are not from the flu at all, but rather almost entirely from pneumonia. Less than 1% of deaths reported as being associated with the seasonal flu are actually from the seasonal flu. They are mostly from pneumonia and even of the 1%, it is estimated that these people suffered from an underlying condition. The amount of alarm and fear created over the flu is grossly overrated and though people are experiencing the H1N1 seasonal flu, there is no data confirming that this flu leads to serious death or illness.

What about the Flu Vaccine?

There is no published peer reviewed data that I could find to determine whether the flu vaccine was safe or effective. The one thing we do know is that the car ride to get the flu shot is still more dangerous than the flu. The other thing that we do not know (because there is no data) is whether or not those who get the vaccine are protected. If that isn’t bad enough that the flu vaccine is so heavily pushed without any solid evidence behind it, the flu vaccine is only estimated to have the accurate strain less than 30% of the time. Which means that 70% of flu vaccines are guaranteed to be non-effective.

Tom Jefferson, head of the Vaccine Field Group at the Cochrane Database Collaboration (the world’s leading producer of evidence-based medical reviews), voiced serious reservations about the data supporting influenza vaccine recommendations, stating that “The vast majority of the studies [are] deeply flawed. Rubbish is not a scientific term, but I think it’s the term that applies.”

Jefferson says you’d have to vaccinate 100 people to get 1 less flu symptom, not confirmed flu, and then if you take the frailty bias into that, then it’s a complete wash.

When the Flu vaccine was first released it was suggested that anyone over the age of 65 should get it. In just a ten year period, it is now recommended for anyone over 6 months of age, and all health care professionals are required to get it.

Let me give an example…

The Reality – Billions of dollars are spent by millions of people, vaccination campaigns are pushed hard, and employees are forced to get the vaccine all for these tiny numbers.

Naturally, avoiding the flu is actually quite easy to do, but you have to play your cards right. You can’t live the way and do the things the average earthling does, and expect your body to operate at prime level.

Let’s face it though; getting the flu is not a death sentence. Sure it’s uncomfortable but we shouldn’t be hiding behind closed doors or afraid to come in contact with other people simple because we have the flu. People often tell me that they changed their plans to avoid coming into contact with other people when they found out they had the flu. They did this of course because they were afraid of getting everyone else sick. I’m here to tell you that if this were the case I personally would be sick 99% of the time as I come in contact with so many people with so many different illnesses on a daily basis. Keeping your immune system strong and healthy is the best way to combat the flu.

You see, most people get the flu around the holiday season. This is typically the time of extreme weather. In some parts of the world, it is extremely rainy, cold, hot…but equally, everyone gets the flu. If you blame getting the flu on the cold temperature, then you might be scratching your head at this point, wondering why people in 80º Hawaii also are getting the flu.

A major thing that all the world happens to do around this time of the year is celebrate. We celebrate Thanksgiving, Christmas, and New Years. Each one of these holidays requires us to attend at least one party each. And as a result, we get a lack of sleep and wear down our bodies. And, let’s face it: with all the shopping trips and late night parties, extra financial stress and expectations, our bodies are on overdrive.

I haven’t even mentioned the food yet…The excessive calorie intake, or rather, the excessive intake of pies, cookies, cakes, candy, alcohol, and grandma’s sweet potato casserole with 2 inches of marshmallows on top. Could it be  that the flu has nothing to do with the weather, but rather the destruction of our immune system through our actions?

Reversing these poor lifestyle choices and making a conscious effort to make better, health-enhancing decisions like the ones listed below can improve your immune system function and help you naturally avoid the flu. 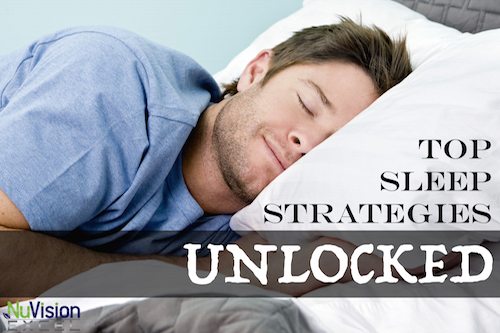 T-Cells are the cells that actively participate in the immune response. There are many studies that show that T-cells go down (immune system decreases) and  inflammatory cytokines go up when we are sleep deprived. Studies also show that we have an increased risk of bacterial infections when we don’t get enough sleep. This is why we are at a  greater risk of getting the flu with a lack of sleep. Make sure you are getting the optimal 7-8 hours of sleep at night, and don’t be afraid to catch a nap on a relaxing Sunday afternoon. For a comprehensive list of better sleep strategies read my top selling e-book Sleep Your Way To Health. 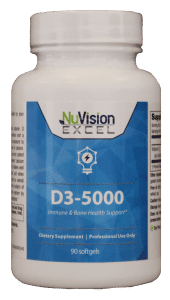 As human beings, we require exposure to sunlight to produce vitamin D. During the fall and winter months, we simply do not get enough because we are indoors more, especially those who live in cold climates. For instance, in Michigan last year there was one sunny day in the month of January. Therefore that means unless you were supplementing with vitamin D, your body was in a severe deficit during this time. Why is this significant? There is an abundance of data to support the lack of sun exposure during the winter decreases our vitamin D levels, making us more susceptible to the flu. Vitamin D is essential in immune system function. It is a core raw material that the immune system uses to operate correctly. There are receptors on the immune cell that require the attachment of vitamin D to produce Anti-Microbial Proteins (AMP). These AMP’s are anti-virals and kill the flu virus. Vitamin D up-regulates genetic expression of effectors that attack viruses, bacteria, and antigens. 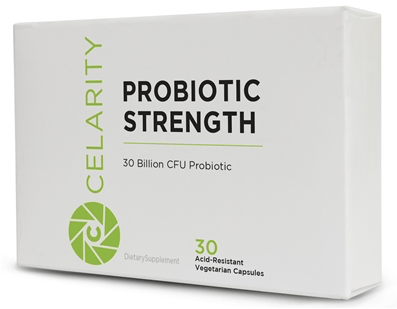 Our intestinal system, along with many other areas of the body, is lined with billions of different bacterial colonies. When we lack good bacteria in our intestinal system, bad bacteria can begin to out weight the good bacteria. When the ratio is skewed, this causes dysbiosis. This hazardous and impairs the immune system in a large way. If you want to naturally avoid the flu, a daily probiotic is absolutely necessary to support immune system function. 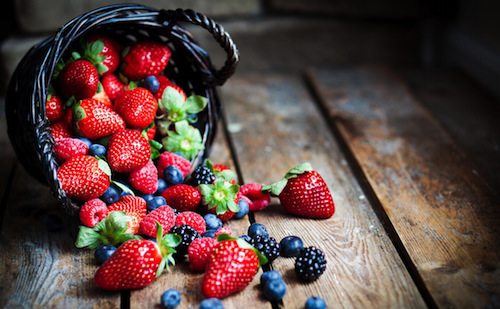 Do yourself a favor and load pack more fruits and vegetables on your plate.  Antioxidants are a key player in boosting the immune system. Antioxidants protect against free radical damage and reduce inflammation in the body.  You can find high doses of these free radical fighters in fresh organic vegetables and fruit, cage-free eggs, and grass-fed meats. Specifically, look for green leafy vegetables that are rich in color. 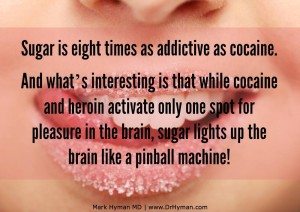 To naturally avoid the flu, you have to remove the elephant in the room: sugar. Sugar is directly responsible for decreasing immune function and impairing your nervous system. Be cautious of sweetened drinks, refined carbohydrates that turn to sugar in the body, and of course the obvious, desserts and candy. 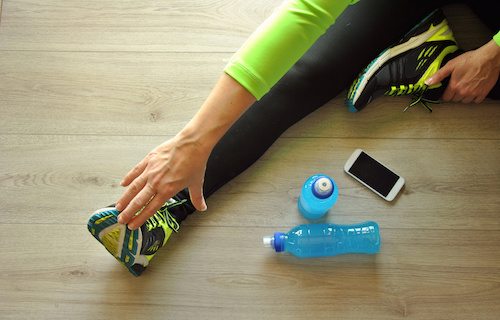 During the holidays, we all get a little more busy and stressed, and fail to make it to the gym. A study presented at the Integrative Biology of Exercise showed us that exercise changed the T-cells into a more disease-fighting state and improved circulation of T-cells throughout the blood. As reported in Medical News Today, exercise increases the release of growth hormone, allowing our bodies to heal faster, which ultimately boosts our immune system.

At the end of the day, if we get the flu, experience a fever, ad stay up all night vomiting, this just our body expressing health. I say that because, if our bodies were sick and we didn’t vomit out the bad stuff, burn off the bacteria, or react in any way, we would die. Modern healthcare leads us to believe the flu is a scary, dangerous thing, but it’s been around for years and is not going anywhere.  For those few elect that choose to follow the above guidelines, you can kiss your flu days goodbye and enjoy the holiday season in good health.