In regards to the recent E Coli Outbreak 2018, here is what you must know about naturally combatting E Coli and how to avoid the infected romaine lettuce. 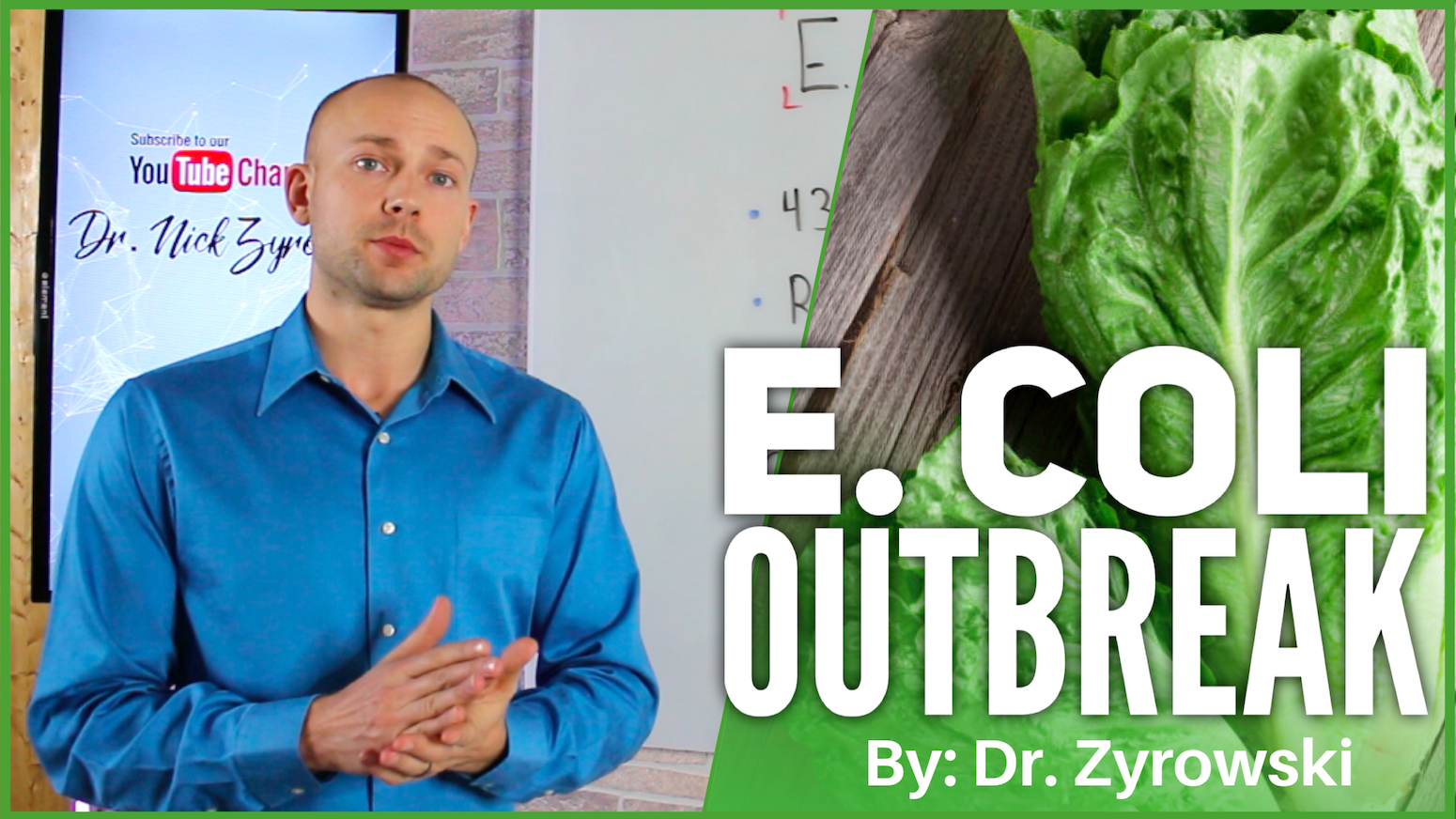 The romaine lettuce E Coli outbreak is an interesting topic as there were very few people that were ever infected and yet it was considered an “outbreak”. Supposedly the CDC wanted to spread the word before people gathered around for Thanksgiving dinner potentially spreading the bacteria to a high level.

The E Coli bacteria typically comes from animal feces, typically cows. It is very commonly found in meats but can also even be found, in this case, romaine lettuce. It is important to know that E Coli is a naturally occurring bacteria in the lower intestines, and certain species of E Coli are harmless.  The E Coli on the romaine lettuce was a species of E Coli that you don’t want in your gut because it will cause many symptoms.

E Coli symptoms include, but are not limited to, diarrhea that turns bloody, fever and chills, cramps, abdominal pain, and lastly inflammation.

If you have any of these symptoms and you have eaten romaine lettuce, then you should go see your doctor and they can test for E. Coli using a stool sample.

E Coli outbreak 2018 is obviously serious if your someone who has eaten lettuce and now have all the symptoms. But it certainly seems far from an outbreak in a nation of 326 million people, when only 42 people have contracted it at the time of me writing this post.

Resources mentioned in this video include:

In this video, I’m going to uncover the details of the recent E. Coli outbreak.

Hi ladies and gentleman, I’m Dr. Zyrowski and welcome back to the channel. If you’re new to the channel, it’s a pleasure to have you here. Be sure to subscribe and hit that bell notification and join our notification community so I can help you excel your health and your life.

In this video, we’re talking about the E. Coli outbreak 2018. We’ve gotten a lot of questions on this so I just want to put a couple practical thoughts to this whole scenario here and just talk through it.

So basically, when we look at this E. Coli outbreak it’s been with forty-three people. Forty-three people have gotten this E. Coli infection over twelve different states. Now, when we look at the word outbreak, we’re thinking massive amounts of people. Well, in the nation of three hundred and twenty-six million people, forty-three people I wouldn’t hardly call an outbreak. However, supposedly the CDC knew people were getting together for Thanksgiving and they didn’t know exactly where it was coming from and they didn’t want there to be a huge outbreak so, they kind of just scared people into thinking, ‘hey look this is a huge issue, stay away from romaine lettuce’, and so on and so forth, and that’s what people did.

The next is, how does this happen? And, the source is typically animal feces. So, specifically cows. So, animal feces end up with the romaine lettuce, I don’t really know how that all happens but either way, the E. Coli issue certainly is something that we don’t want to have to deal with ourselves. So, let’s stay away from the romaine lettuce from California from the time being. What happens?

What are the different signs and symptoms that pop up when you get this E. Coli poisoning? Simply cramps, abdominal pain, fever and chills, diarrhea. Diarrhea that eventually turns bloody, that’s a big sign as well.

Okay, and then next question people have been asking is, how do you test for this? And, you’re going to test using a stool sample. You can go to your doctor, they can do a stool sample, they can tell if you have E. Coli.

Now, when we look at this whole situation here a lot of people say, well what do we do about this to reverse it naturally? This isn’t anything new to us. We’ve actually been dealing with E. Coli for long periods of time. We deal with UTI’s, we deal with people getting food poisoning, we deal with this E. Coli issues in the intestines and we need to know is that E. Coli is actually naturally occurring in the body. As a matter of fact, it stays in the lower intestines and there’s certain species that just live in harmony with you on a daily basis and there’s no issue but, when we get some of these different strains, some of these different E. Coli species in the body they can cause a lot of inflammation, cause a lot of havoc, lot of symptoms and it should be taken seriously and so, anyway the specific E. Coli species that is coming from the romaine lettuce or maybe the ones that you’re getting with UTI’s, simply we need to make sure that we’re getting that out of the system. How we do that naturally is we actually use a formula that is specially designed to kill E. Coli. So, I will put a link to that in the description below here and once again, it’s just a formula that goes in and just wipes out the E. Coli so whether it’s a Coli bug in the intestine, whether it’s UTI’s, whether it’s UTI’s that turn into bladder infections, to kidney infections things like that, once again we use this formula to help clear out that E. Coli.

And so, when we look at this E. Coli outbreak, here’s some of the practical thoughts I want to give to you on it. Once again, if you’re having some of these signs and symptoms certainly go see your doctor over it. I’ll put a link to that formula I use in the description below.

Other than that, be sure to put any comments you have in the comments section there. Give this video a thumbs up and share it with your friends and lastly, if you haven’t done so, subscribe to my channel and check out my other videos on how you can improve your health.