A Harvard professor recently claimed that coconut oil is “pure poison”.  In this video, I answer: is coconut oil poison or a health food? 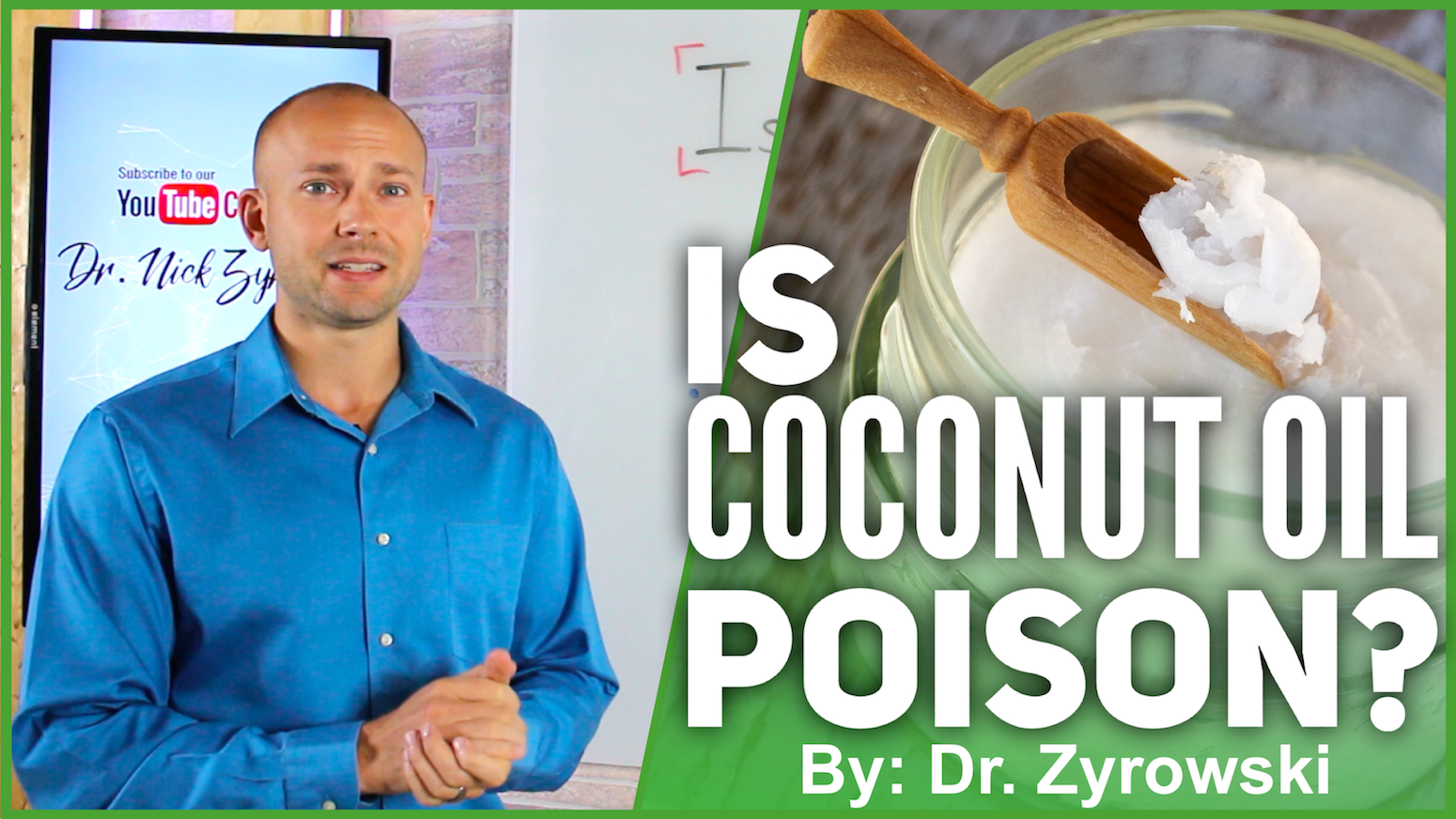 Is coconut oil poison? This is a question we have received almost non stop after a Harvard Professor and the American Heart Association stated that you should stay away from coconut oil because it is a saturated fat that causes health problems and disease. This statement set the holistically-minded health community in a tizzy as people scratch their heads trying to figure out true from false.

Many tribes around the world eat diets very high in saturated fats and coincidentally they have some of the lowest heart disease statistics.

Let us call into question the validity of the Harvard statement. When we look at large organizations that make statements like these, it is often related to who is paying the organizations bills. It is very clear to see that the AHA allows for their logo to be stamped on garbage foods high in sugar, toxins, and carbohydrates as long as the food company is willing to make a donation.

In this video, I present the research I dug up on this topic to prove the coconut oil poison statement to be false.

In this video, we’re going to uncover whether the well-known health food, coconut oil is actually poisoning you.

Hi, I am Dr. Zyrowski from NuVisionExcel.com and if you are new to the channel, as always it is such a pleasure to have you here. Be sure to subscribe, hit that little bell notification, and I’m going to help you excel your health and your life.

In this video, we are talking about, is coconut oil poison?

So, the other thing we look at, when we see the American Heart Association, they have their heart healthy check certification that is on the many foods in the grocery store that we know are extraordinarily unhealthy. They are high sugar, they are high carb, a lot of them are breakfast foods like cereal, but they also have many different toxins in the ingredient list as well. So, what we really have to see in this is the danger of having an organization with a lot of money positioning themselves as the authority and giving you false information based on who’s funding them and who is not. The same thing has happened with doctors over years. You’ve been marketed to think that those doctors that actually prescribe medicine for healing are real doctors, and those doctors who prescribe nutritional products and food as medicine for healing are your quacks and they aren’t real doctors.

So, let’s go ahead now and jump into the sum of the facts of the coconut oil. Okay, so first of all, we are being told that coconut oil is bad because it’s high in saturated fats by a Harvard doctor and also the American Heart Association, and what I want to do is take a little bit of a step into history right here, because when we look at ancient tribes from around the world what we are finding is that those same tribes that have diets that are extraordinarily high in saturated fat are the same tribes that have the lowest levels of heart disease. Now, when we look at heart disease, and cardiovascular issues in the United States, it’s estimated that one in two people suffer from that.

But one of the things that I also wanted to mention here is that when we look at these different studies that have proven that coconut oil is bad so to speak, that it is really due to the high amount of carbs that people were consuming in the studies and also the poly unsaturated fatty acid‘s that were also being consumed in the study. So that’s why when we look at these different studies out there we really have to break them down. Nothing is as it seems.

Okay, so if you do a study that includes coconut oil or saturated fat but yet the people are consuming a high carb diet with bad fats in it and lots of sugar then of course we are going to see bad results, because you can’t combine the coconut oil with a terrible diet and expect it to do great things for you, and so once again when we look at these studies we really have to be sure that we understand what they are saying, and I will link all the ones that I have talked about below, even the one that is saying that the studies that are proven coconut oil to be bad are really ones that are telling us that carbohydrates and bad fats and high sugar are the real reasons for those studies having the outcome that they did. So I’ll link all that below.

Be sure to give this video a thumbs up, subscribe to my channel, share it with your friends, because a lot of people are actually asking us, is coconut oil poison. And then check out my other videos that are going to help you improve your health in a big way.

So at the end of the day, I’m going to continue consuming all things coconut, coconut oil, coconut flakes, coconut flour, coconut milk, you name it, because coconut is actually research proven to be highly beneficial to your health.