Home » Is Your Cell Phone Destroying Your Health?

Is Your Cell Phone Destroying Your Health? 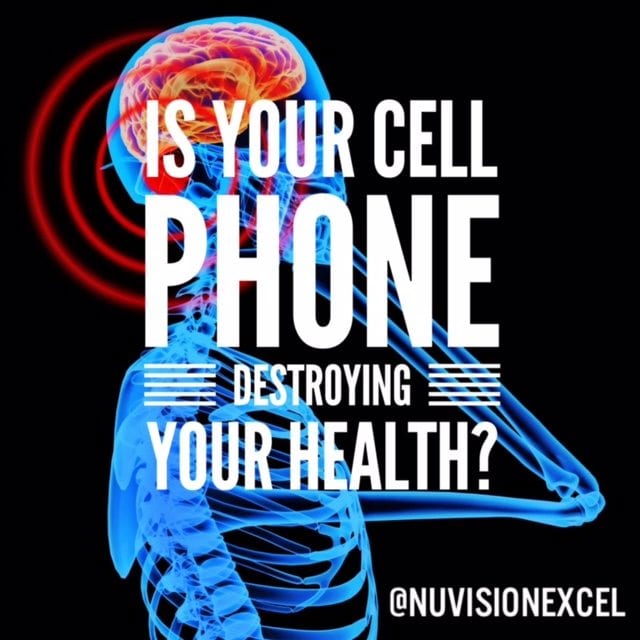 Do cell phones cause brain cancer?

One of the big studies to link cell phones with serious health issues is the study performed by the U.S National Toxicology Center. In the study, they found low incidences of brain and heart tumors in rats. Though they are low incidences they are there nonetheless. There are many reason why critics believe this study is flawed, one reason being that the rats used were a special breed used in labs and they are prone to tumors in the first place. The other big thing to know about this study is that only part of the data has been released, the rest will be released in 2017.

One other large study was performed in Australia. It was recently released to the public, and the researchers found that there is no correlation between cell phones and brain cancer.

Are cell phones destroying your spine?

Though I’ve written a whole article on this topic, it deserves to be mentioned in this article as a friendly reminder to everyone. The commonly known text neck is a big area of discussion that has been picked up by the media and has professionals (like the chiropractic profession) teaching on how to improve your posture. The facts are clear that chronic text neck will cause disc degeneration and nerve impingement at the site of degeneration. This then leads to tingling in the fingers, loss of feeling in the hands, etc. So sit up straight and read the article for more details and tips on using your cell phone correctly.

How do cell phones affect fertility?

What about cell phones and kids?

If you have kids, then you are fully aware how much children love cell phones. The sliding screens and bright lights always fascinate them. It is believed that kids are much more susceptible to being harmed by cell phone radiation. Some researchers believe that children absorb much more radiation in their skull than adults do, which could lead to possible health issues.

One thing that is for certain is that children’s sleep is affected by cell phone usage. In this study, it was determined that children who were on phones woke up more at night and slept poorly, not because of EMF’s, but rather other factors such as the light from the cell phone and possible the interaction from gaming on the cell phone.
Lastly, it was found that children with ADHD who quit paying on cell phones had an improvement in symptoms.

Overall the data shows that the effects of EMF’s are minimal to none. So here is what we can do with our newfound knowledge.
1) Fix your posture while texting
2) Supplement with minerals and Vitamin D.
3) Minimize children’s use of the cell phone
4) Use the Flux App (Android) or tell Siri to turn on night shift (iPhone) to avoid blue light.
5) Do not put/leave your cell phones in your pocket.
6) Turn on airplane mode at night & do not sleep with the cell phone by your head.
7) Utilize air tube headsets with a mic to avoid talking with the phone against your head.
8) Cut cell phone usage all together and enjoy the amazing world around you.

Once again, the data is not clear on this topic as of now, but I believe that EMF’s certainly do affect us in ways we are not yet aware of and that you should mitigate exposure as much as possible.