[VIDEO] Can I Heal SIBO Naturally?

SIBO AKA Small Intestinal Bacterial Overgrowth can be healed and reversed naturally. Bloating, cramps, diarrhea, constipation, stomach pain, belching, and gas are all symptoms of SIBO. I’ve helped many of my patients heal SIBO naturally and I can help you too.

People who have SIBO often wake up in the morning feeling as if their stomach could pop it so bloated. Eating any starchy foods sends them either running to the bathroom or uncomfortable for hours following the meal. The reason for all the bloating, belching, and gas is due to the fermentation of food in the intestines.

I have worked with many people suffering from SIBO and most of the time they are being managed with enzymes AND copious amounts of anti-biotics. The reason their doctor doesn’t give them probiotics is because they get worse and their doctors don’t know why. The other thing most doctors do is put people with SIBO on an incredibly restrictive diet because they realize they are reacting negatively to everything they consume.

People who are suffering from SIBO have to be on a specific diet, specific probiotics, and specific formulas to clear the gut of the out of control bacterial condition.

In this video, I know I am a bit vague as to how you’re going to actually heal SIBO. The reason for this is because there is no direct path to reversing SIBO; everyone is different depending on severity. I feel it would be misleading to make it sound like it’s a “one size fits all” approach.

You can also contact us to receive a guide on how to reverse SIBO naturally.

Information on my Total Nutrition Makeover Plan can be found here. 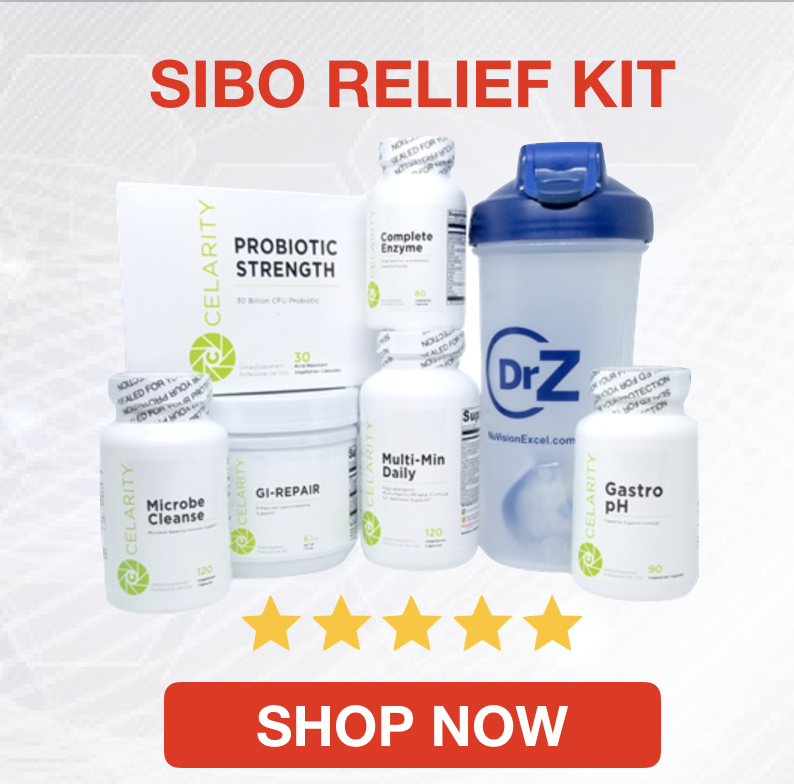