If you or a loved one has had breast implants, you’ll want to watch this video.  It is designed to start the conversation regarding breast implant illness and to help determine if the reason that you are sick is due to your breast implants. 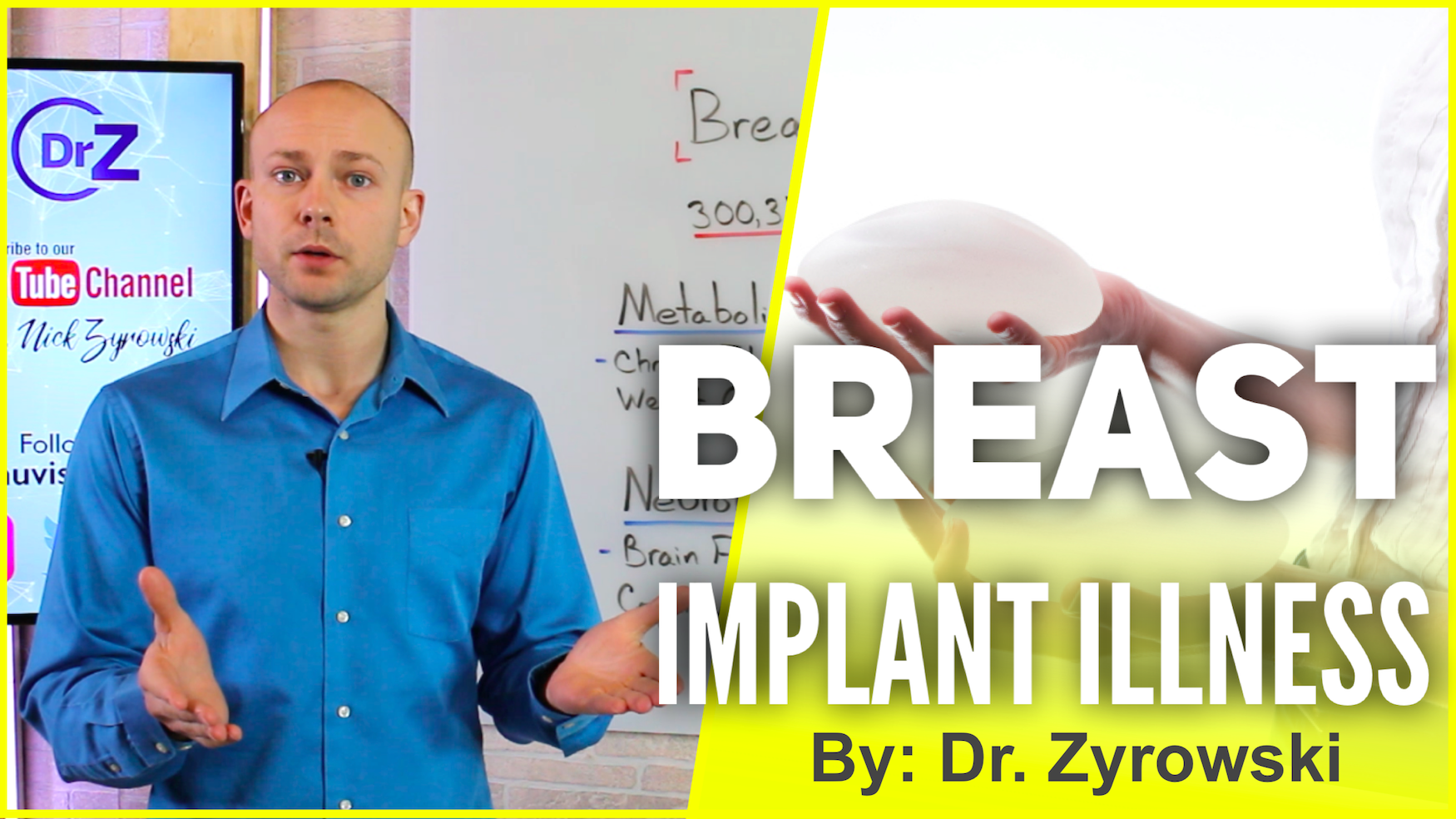 Breast Implant Illness is a reason that many woman have reached out to us over the past year. As we are leaders in detoxification, the question becomes how does one get the toxins out of their system after breast implants have been destroying their body for years? I have had many woman reach out with their health absolutely destroyed as a result of breast implants. They were told by their doctors they were fine. They got sick of being told it’s all in their head, so they took matters into their own hands.

Breast implants chronic illness is no secret. Thousands of women have come forward stating that breast implant illness has ruined their life. We see this in the way of the entire body is unable to function properly. It will impact the nervous system, gut, metabolic, and also the endocrine system, leaving women broken with no answers.

Breast implant illness symptoms can range anywhere from 2-3 symptoms all the way up to 20 plus symptoms that don’t make hardly any sense.

The toxicity coming from breast implants includes heavy metals, bio-films, and mold, all combined with a weak immune system which allows for a host of many other issues.

Heavy metal toxicity and toxicity in general from breast implants must be removed in order to heal the body. In many cases, removing toxins from the body is a timely process because they lodge themselves in the deep tissues. The toxicity from breast implant illness should be taken seriously and the methods used to remove the toxins must be capable of removing heavy metals and bio-films.

This video, as mentioned above, is designed to get the conversation started. I will link many breast implant illness resources so that you can further this conversation. I will also link resources on content I have done that teaches proper detoxification so that you can be on the road to restoring your health today.

In this video you’ll discover the details on breast implant illness.

Hi Ladies and Gentlemen, I’m Dr. Zyrowski and welcome back to the channel. If you’re new to the channel, it is a pleasure to have you here. Be sure to subscribe and hit that bell notification, and join our notification community so I can help you excel your health and your life.

In this video we’re talking about breast implant illness and I know that this is a topic that is very different from our typical topics that we cover, but it’s one that I really wanted to cover so we could get this information out there because this is something that’s really been falling on my lap quite often as of lately. And what’s happening is a lot of women who’ve gotten breast implants are becoming intensely sick from it and there’s really been nobody that has been able to help them with it. So anyway, what we’re going to do is talk about breast implant illness, some of the different symptoms that come out of it, and then just really give you some direction on this topic.

Now, first of all, when we look at breast implants, it’s estimated that 300,378 women have gotten breast plants in the year 2017. It’s estimated that 47,000 women actually got them removed due to complications. Now, when we look at complications with the breast implants, there are some women that will actually have some issues that will show up almost immediately and then many women will have issues that’ll show up years and years down the road. Now, the other thing is that some women will have, you know, two to three symptoms and other women can have over 20 different symptoms. And when we look at breast implant illness, it’s looked at as the invisible illness because there’s so many different symptoms that are just across the board. And so many women experiencing different symptoms, there’s not too many that are exactly alike and as a result, it’s just known as the invisible illness because the women typically tend to look healthy, but yet they have so many health conditions going on.

Let’s talk about some of the ways that breast plant illness actually affects women versus metabolic issues. So chronic fatigue. So, we find typically that women get absolute chronic fatigue. They don’t have any energy. They don’t want to work out anymore. If they have a job, they barely have the energy to get to the job. And then the other thing that happens along with that is weight gain. That’s pretty self-explanatory, but chronic fatigue is a huge one. And then of course, weight gain. I find that a lot of women who have this issue, they just can’t find themselves even want to leave the house anymore.

Neurological issues. And so, brain fog is a big one where you cannot even get your brain to focus, to think, to even be able to complete a task sometimes. So, this can become very bad in many women.

And then also cognitive dysfunction. Cognitive dysfunction in the way of depression. And the problem with this is, is that many women who actually get these different neurological issues, they’ll tend to go to their doctor and they’ll start treating the depression, they’ll start treating the issue that the person is coming in there with it versus looking at the bigger picture that this person has many different symptoms across the board. And so, as a result of taking a whole bunch of medications for something that really wasn’t the root cause of the problem in the first place, as a result, it can tend make matters even worse. And so, when we look at a lot of these women who have this issue where you not only have to typically unwind some of the damage that was done through putting them on medications they didn’t need, but also the damage done from the breast implants themselves.

Then next here is gut health. So, a lot of bloating, leaky gut, bleeding, dysbiosis. I’ve really seen just all these different symptoms show up. Once again, it’s different for every person.

Next is immune system. So viral issues, fungal issues, chronic bacterial issues. The other thing is mold issues. Breast implants have actually been known to mold and so that’s also another issue and I can tell you there’s some horrific stories out here when it comes to fungal issues and bacterial issues and parasites, absolutely horrific stories that people have shared with me. So anyway, that’s another thing to definitely take into consideration.

The last here is endocrine issues like adrenal problems, thyroid issues, hormone issues. As a matter of fact, it’s been found that the coating on the breast implant itself can actually mimic the estrogen. So anyway, it can cause all kinds of hormonal imbalances.

So anyway, when we look at all these different symptoms right here, I mean they’re horrifying and many women are having these symptoms are getting breast implants without actually being told that there is the potential for these issues to arise. And then as a result, after becoming very sick and nobody’s able to actually figure out what’s going on with them. So anyway, what I want to do is not only bring this problem to light, but also give you direction. Now a lot of people, like I said, have seeked us out simply because we do a lot of detox work as a result of becoming very toxic and sick due to the breast implants, people are looking for ways to get these toxins out of their system. So, what I’ll do is I’ll put a link in the description below to first of all, a website that covers this in much more depth than I did, so that you can actually get more information on breast implant illness.

I’ll put links to my videos on detox so you can understand some of the processes that you go through to detox these toxins out of your system. And then lastly, I’ll put some links to some articles I’ve written on detoxification as well. So, what I’ll do is put that in the description below, but be sure to give this video a thumbs up and share it with your friends. Once again, this is something that, like I said, I found it to be absolutely horrifying. It was something I didn’t even know existed for the longest time, but I’ve had a lot of women that have actually been calling us up and just asking for help in the way of detoxing and reversing all these different symptoms and conditions that are coming out of breast implants. So, anyway, like I said, if you have any questions, put it in the comment section below and be sure to subscribe to my channel if you haven’t done so yet, and then check out my other videos on how you can improve your health. 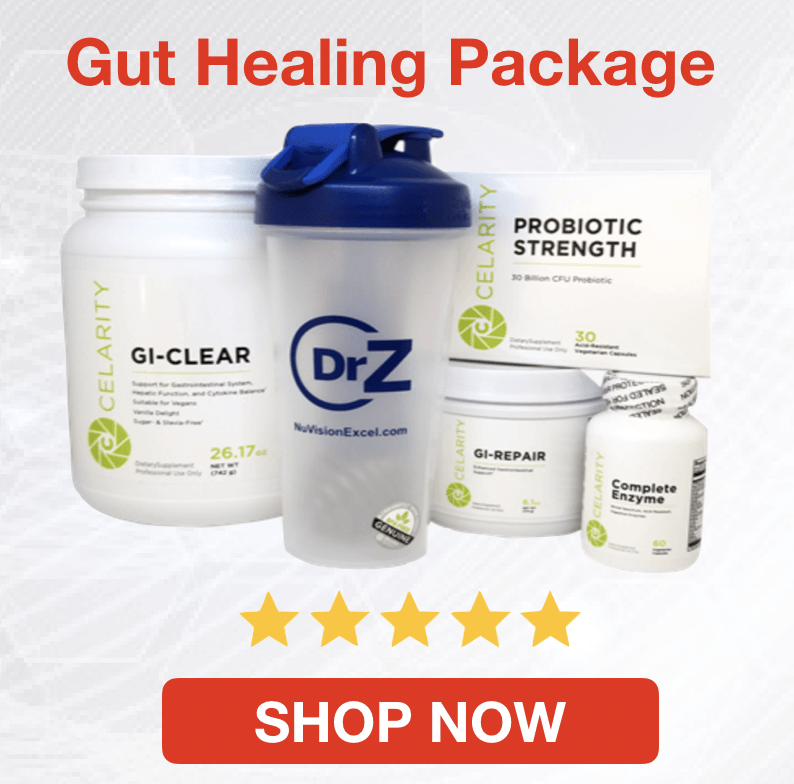